Here are photos of permanent breakfast (burner edition) of May 1st 2018.

This set is by Leo Sauermann. 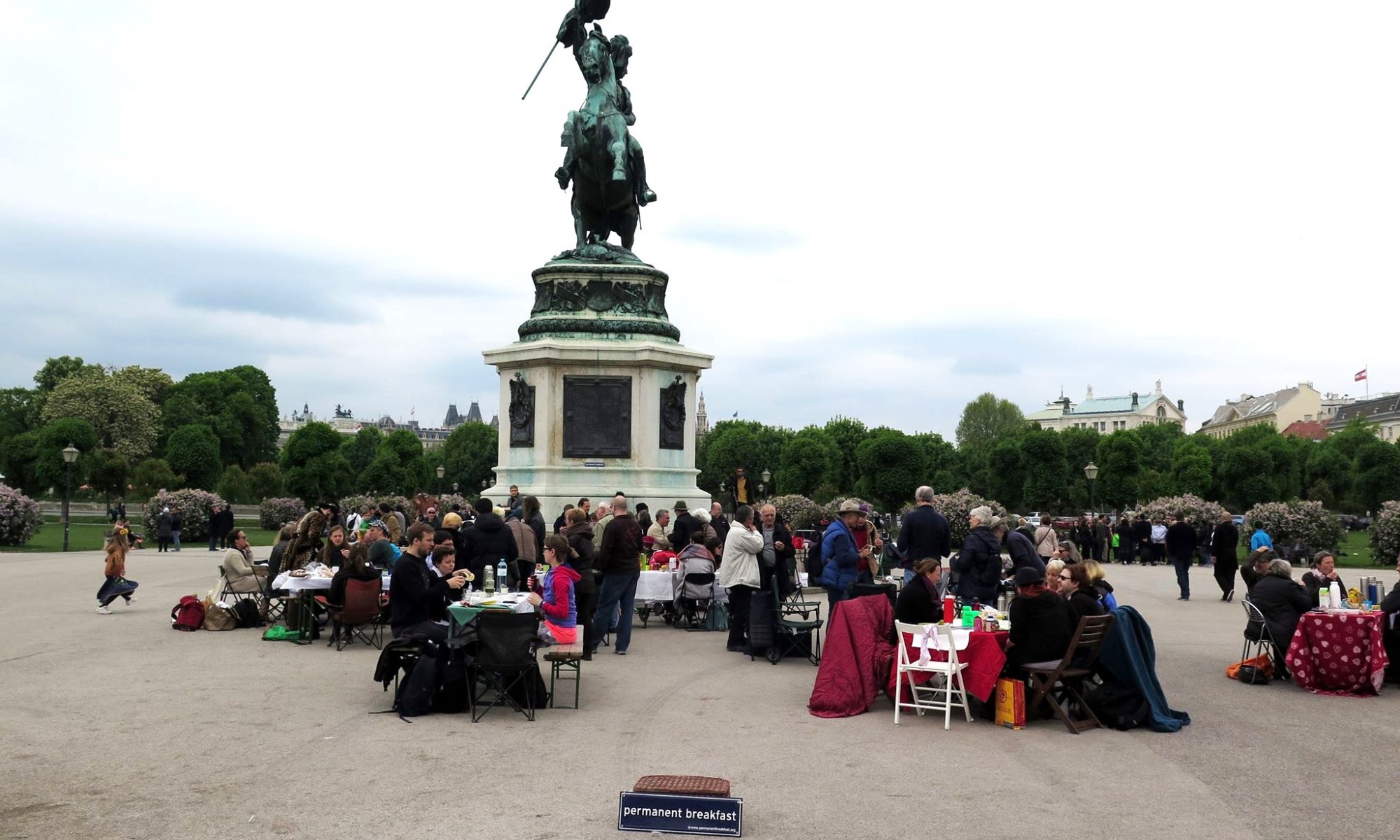 You are cordially invited to join our “permanent breakfast” on May 1st! We will meet on Heldenplatz in Vienna at 10:00. Please bring chairs, tables and food. Why? What better way can a public space be utilized than to share a meal together. Either join us in Vienna or organize your own permanent breakfast in your neighbourhood. Read more for instructions.

END_OF_DOCUMENT_TOKEN_TO_BE_REPLACED 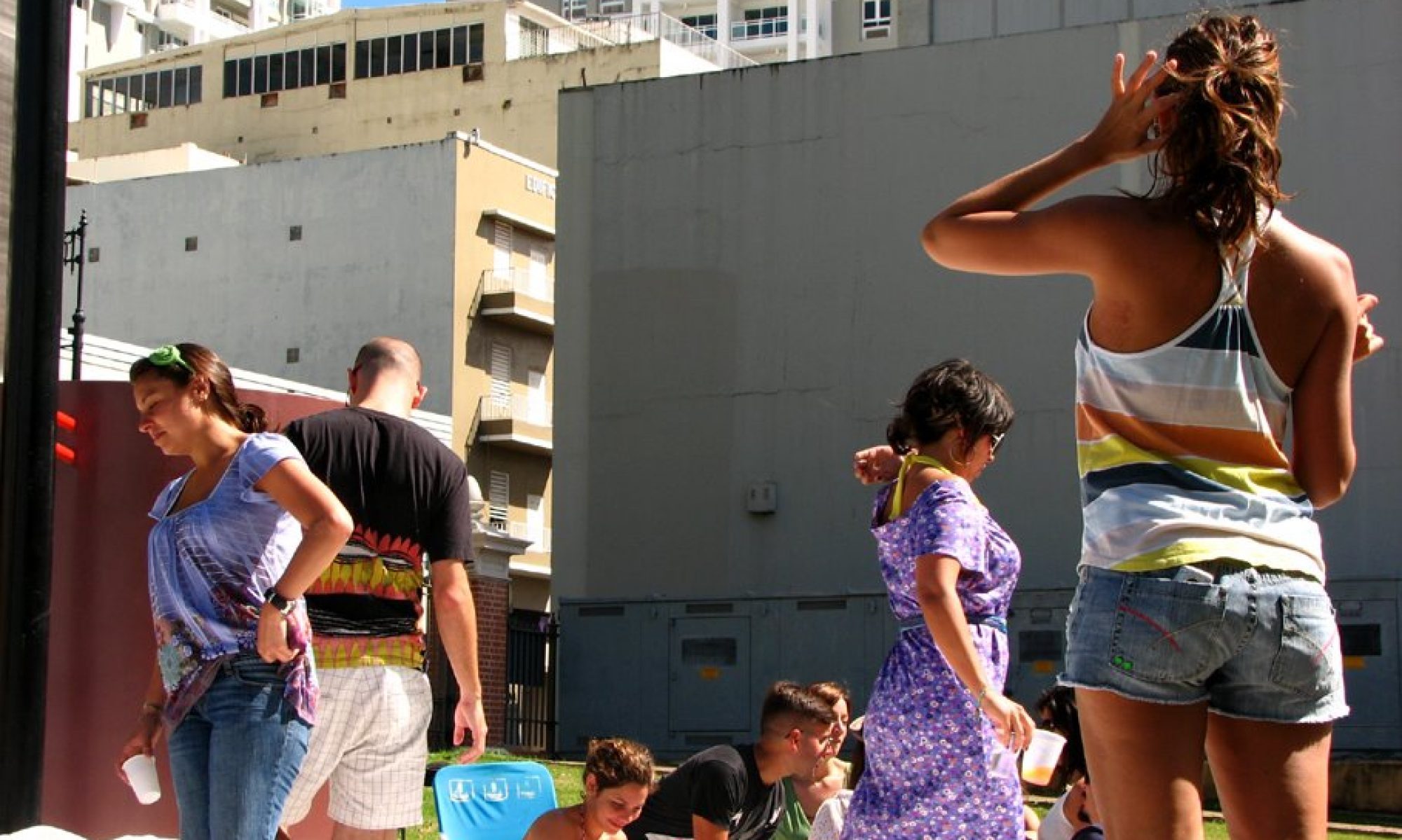 Desayuno Calle
Public Breakfast. All over.
2008-Desayuno Calle is an action that promotes the use and the reinvention of public space in Puerto Rico. The mission is working to create value and positive use of public spaces to promote a sense of community in the island. The challenge consists of gathering a group of people, friends and strangers, for breakfast in a public area of the city. The first experiment of this action was designed in 1996 by the Austrian artist, Friedemann Derschmid. The basic idea was to occupy abandoned and unusual public spaces of the city for eating and encouraging social interaction in them. So far we have held 30 breakfast events in various public spaces of the Puerto Rico.
For more information about the event and its monthly breakfasts, please visit our blog:

Desayuno Calle or our group in fb 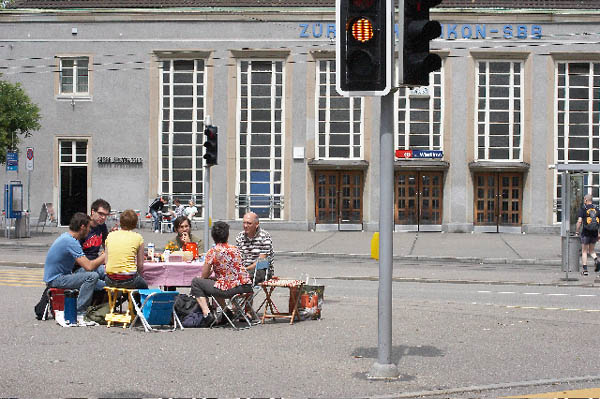 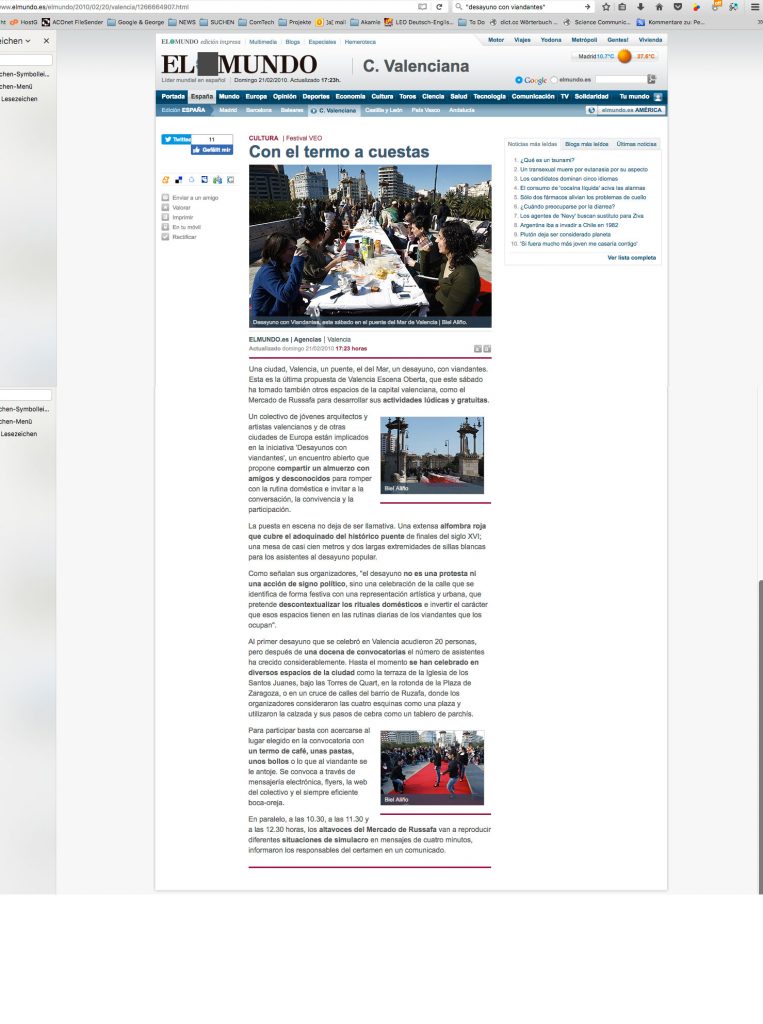 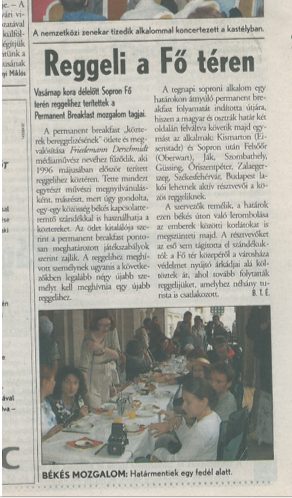